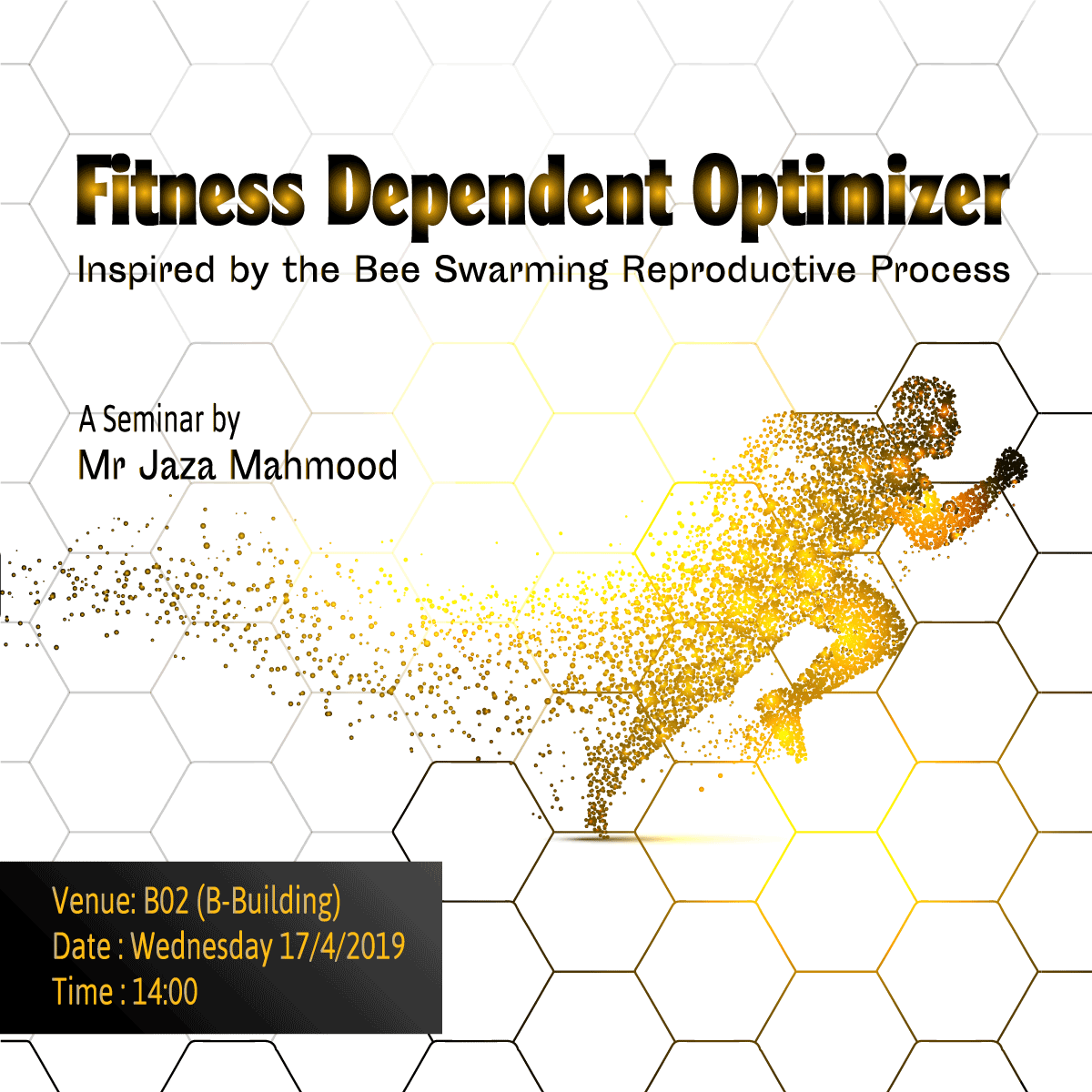 Abstract:
In this paper, a novel swarm intelligent algorithm is proposed, known as the fitness dependent optimizer (FDO). The bee swarming the reproductive process and their collective decision-making have inspired this algorithm; it has no algorithmic connection with the honey bee algorithm or the artificial bee colony algorithm. It is worth mentioning that the FDO is considered a particle swarm optimization (PSO)-based algorithm that updates the search agent position by adding velocity (pace). However, the FDO calculates velocity differently; it uses the problem fitness function value to produce weights, and these weights guide the search agents during both the exploration and exploitation phases. Throughout this paper, the FDO algorithm is presented, and the motivation behind the idea is explained. Moreover, the FDO is tested on a group of 19 classical benchmark test functions, and the results are compared with three well-known algorithms: PSO, the genetic algorithm (GA), and the dragonfly algorithm (DA); in addition, the FDO is tested on the IEEE Congress of Evolutionary Computation Benchmark Test Functions (CEC-C06, 2019 Competition) [1] . The results are compared with three modern algorithms: (DA), the whale optimization algorithm (WOA), and the salp swarm algorithm (SSA). The FDO results show better performance in most cases and comparative results in other cases. Furthermore, the results are statistically tested with the Wilcoxon rank-sum test to show the significance of the results. Likewise, the FDO stability in both the exploration and exploitation phases is verified and performance-proofed using different standard measurements. Finally, the FDO is applied to real-world applications as evidence of its feasibility.
Speakers: Mr Jaza Mahmood
Venue: Auditorium Hall B02 (B-Building)
Date : Wednesday 17/4/2019
Time : 14:00