Mrs. Yosra Razyani and Mr. Kamel Abdi two new faculty members of the newly opened Nursing Department conducted a seminar about Cardiopulmonary Resuscitation (CPR) in two separate sessions, once for adults and next for kids and infants. During the first session, Mr. Abdi explained several aspects of saving people ‘s life. The importance of the actions in an emergency case was clarified. He described different conditions of emergencies. He emphasized that CPR is one of the most important actions to be taken in an emergency case and that everybody should learn.

CPR consists of actions we perform to revive a person with cardiac arrest (heart stops to pump blood). It involves ways to check the pulse and breathing, also performing chest compression. Also, it covers the recovery position in which we position an unconscious victim until EMS arrives. Mr. Abdi repeated the detailed information through a practical session.

In the second part of the seminar, Mrs. Razyani continued with the required actions in an emergency case such as chocking in babies and infants. She distinguished the emergency actions between babies and adults. The detailed processes of Airway (A), Breathing (B) and Circulation (C) were presented, and she clarified why the order of CAB is implemented. The application and the procedure of CAB in CPR, again for infants, were explained. 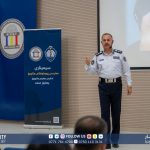 A seminar about “Dangers of Traffic Accidents” 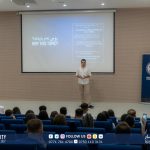 A Seminar titled “Discourses of difference? Examining women’s right in the Middle East” 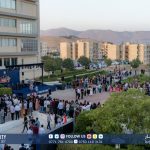